Disagreements arose over the issue of ministries in the ruling coalition - 10bmnews Skip to content
PPP and PML-N disagree on the interior and law ministry, PPP also demanded that Shazia Murree be given the ministry. 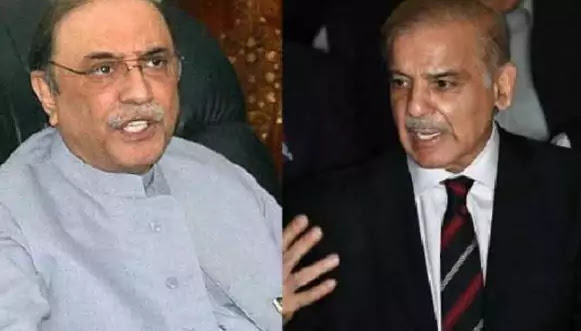 ISLAMABAD – Disagreements arose in the ruling coalition over the issue of ministries. PPP demanded portfolios of Interior and Law. There was a disagreement between the party and the PML-N. Sources said that the PPP also demanded the ministries of interior and law last night.
Nawaz Sharif proposed to give one of the two ministries to the PPP. After that, consideration was given to giving Ahsan Iqbal the Ministry of Planning and Development and Rana Sanaullah another ministry instead of the Ministry of Law. Murree was also demanded to be given the ministry.
It may be recalled that earlier PPP had expressed interest in the post of president, speaker, and chairman of the senate while PML-N was trying to persuade PPP to take over the ministry.
A majority of PPP leaders had said that the ministries should be conditional on the Electoral Alliance and if there is an electoral alliance for at least 15 seats then the ministries should be taken. However, PPP Chairman Bilawal Bhutto Zardari opposed both the Ministries and the Electoral Alliance. Was
Meanwhile, on the issue of the formation of a federal cabinet of the new government, Prime Minister Shahbaz Sharif invited the leaders of PDM parties for Iftar today. Iftar dinner will be organized by the Prime Minister at the Prime Minister’s House where Prime Minister Shahbaz Sharif.
The PDM will thank the party leaders for their support and the new cabinet will be finalized after consultation with allies. The names of the federal cabinet are expected to be announced by tonight.