Deviant members will also be able to elect the next prime minister after a vote of no confidence - 10bmnews Skip to content
Until the decision of the Election Commission, he will remain a member of the National Assembly and will be able to exercise his voting power. 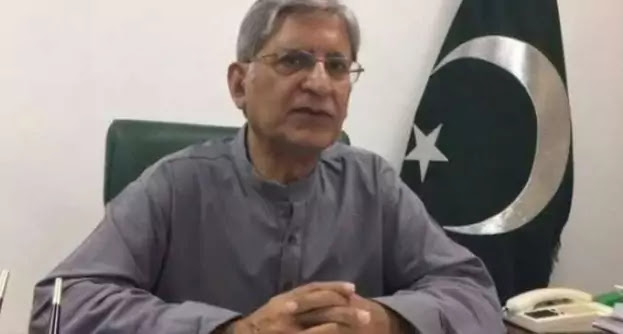 ISLAMABAD – Pakistan Peoples Party (PPP) central leader and senior lawmaker Aitzaz Ahsan has said that deviant members of the Assembly will be legally eligible to elect the next Prime Minister after a vote of no confidence.
Until the decision, he will remain a member of the National Assembly and will be able to exercise his voting right. If the opposition goes to court, the date for convening the assembly session will be fixed in one day.
He said in a news program on GNN News that the PTI MLAs who have no confidence in the Prime Minister can legally exercise any power of MNA as long as they are members of the Assembly. The MNA has full power to select the next Prime Minister till the day when the Election Commission decides against him.
The day the Election Commission decides against him, he will no longer be an MNA. But before that, whether there is a vote on the budget, legislation, or any vote, he will remain an MNA. That disability can be for life or for a while.
On the one hand, it is said that disqualification should not be for life. According to the NAB Ordinance 1999, the period of disqualification was fixed at 20 years.
The Supreme Court had said that one should be 10 years old. Disqualification can be for five or 10 years. He said that the matter is related to the Prime Minister and the Speaker, the position of the Prime Minister is such that the whole system revolves around it, therefore the whole system cannot be put on hold.
If the opposition goes to court, the court will fix the date of the session in one day, the court will not delay in this matter at all.