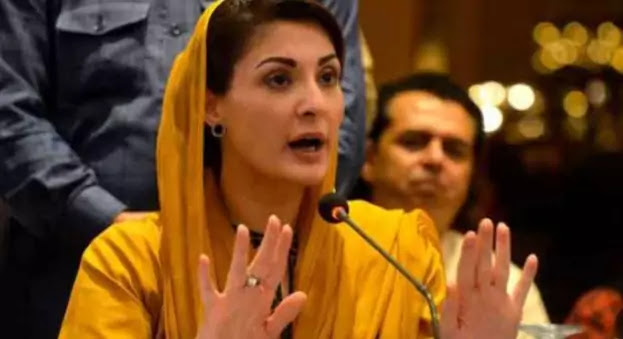 ISLAMABAD – Pakistan Muslim League-Nawaz (PML-N) Vice President Maryam Nawaz has said voting is a coward! A deranged person cannot be allowed to destroy the country, Imran Khan should be treated as a psychiatrist. He said in his statement on Twitter that Imran Khan should be treated as a psychiatrist, he should not be treated like a Prime Minister or a former Prime Minister.
A deranged person cannot be allowed to destroy the country, he has taken the country hostage to save his honor. Similarly, while addressing the National Assembly, Pakistan Peoples Party (PPP) Co-Chairman Asif Ali Zardari said that he would like to draw attention to the Order of the Day. Today is the day of voting. Want to be, most people get emotional.
Asif Zardari said that he is emotional and says that I am at the point of his gun, but I am not emotional, political university is only with PPP, what national reserves are they talking about Done, one day these people will understand, the political university is only with the PPP, they have a lot of our students sitting, they will also come back.
Asif Zardari said I do not want to go to the Supreme Court against you and say that the speaker did not vote, they do not understand what these things are, what is the secret, if I write a book, I will mention everything in it, except We are ready to sit with any force of one person, we request you to vote.
Pakistan Peoples Party Chairman Bilawal Bhutto while addressing the National Assembly said that the Speaker is not only in contempt of court but also violating the Constitution. Yes, according to the order of the Supreme Court, no agenda can be raised in the proceedings of the meeting today. The Supreme Court has requested that the procedures of the House must be finished today. Yes, Mr. Speaker! You will be precluded for disdain of court.
I had warned the Prime Minister that Shah Mehmood Qureshi would trap you, he is the one who has trapped the Prime Minister today. ۔ We will take away constitutional rights