Skip to content
HomeCorona virusCoronavirus threatens to spread a new type of coronavirus Many countries close borders
Spread the love
Patients in Israel, Morocco, the Netherlands, Canada, Australia, and Japan have been banned from flying. 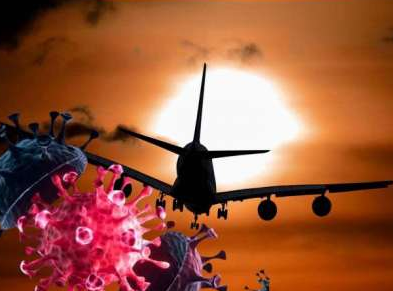 London – Many countries have closed their borders due to the threat of a new type of coronavirus “Omekron”. Expressed ignorance about not being.
According to the British Broadcasting Corporation, researchers say there is not much information about the new strain of coronavirus, which originated in South Africa, so it is too early to say whether the virus is more contagious.
News of the spread of the Omekron virus is growing rapidly, with many countries hesitating about what strategy to adopt, while the Coronavirus has so far killed more than 5 million people.
Israel has prohibited outsiders from entering the country. Has decided and Morocco has announced the suspension of all flights for two weeks.
Scientists have confirmed its presence in many places, from Hong Kong, Europe to North America. Thirteen cases of omicron have been reported in the Netherlands, two in Canada and two in
Australia, said Dr. Francis Collins, head of the National Institutes of Health in the United States.
He emphasized that there was no evidence that the new type of code 19 could cause more serious illness than the previous ones.
I think it’s more contagious when you look at how fast it is spreading in many districts of South Africa he said. Collins called for a doubling of vaccinations, booster shots, and masks.
I know Americans are tired of hearing this, but the virus is not tired of us the Dutch Public Health Authority confirmed.
Of the 13 people who arrived in the country, Omicron was diagnosed with 61 people who tested positive for the virus after arriving on the last two flights at Amsterdam’s Sheffield Airport before the flight ban was imposed.
Canada’s health minister says two cases of Omekron were found in Ontario after two people had recently traveled from Nigeria.
Authorities in Australia say two passengers arriving in Sydney from Africa have contracted the new virus.
Those arriving from African countries now need to be quarantined at the hotel on arrival. A total of 3 cases have been reported in passengers returning from the weekend in two German states.
Israel has banned the entry of foreigners and made quarantine mandatory for all Israelis coming from abroad, while Japan is considering increasing border controls.