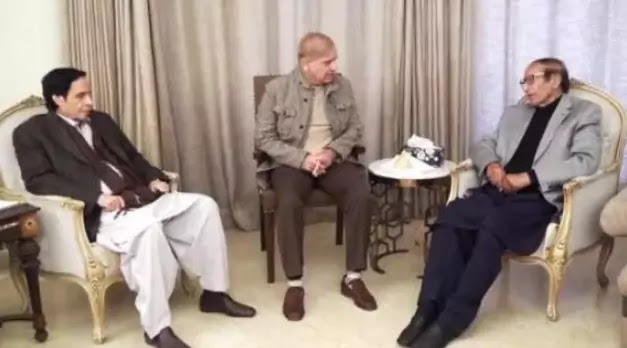 ISLAMABAD – Consideration is being given to giving national and provincial seats to PML-Q instead of the Chief Minister.
Consideration is being given to the formula of giving 10 seats in the National Assembly and 20 seats in the Punjab Assembly as an alternative to the Chief Minister’s office.
They are adamant that the Chief Ministership of Punjab should be given to Chaudhry Pervez Elahi while it is being opposed in PML-N. There is no problem in giving high office. In these two cases, the third formula is under consideration. Seats should be adjusted so that the Q-League can be accommodated.
According to the report, the PML-Q has also agreed to this formula and wants a written agreement on which the PML-N has not yet agreed. Similarly, there is a difference of opinion in PML-Q. There are also two views.
Chaudhry Shujaat and his sons have a soft spot for PML-N while Pervez Elahi and Monis Elahi prefer to walk with PTI. Secretary Tariq Bashir Cheema is also in favor of running with the opposition instead of the government.
In the seat adjustment, his seat in Bahawalpur will be secured for the next election. However, the final decision in PML-Q rests with Chaudhry Shujaat. The government delegation will consider these suggestions later