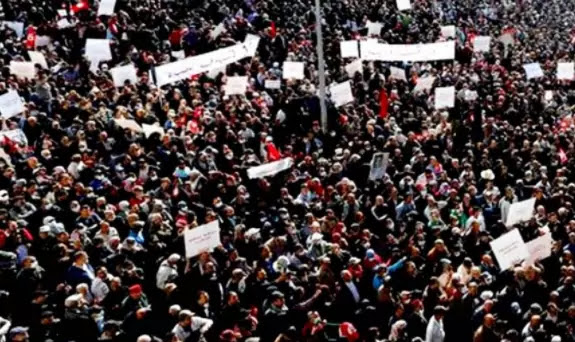 Tunisia – Clashes between security forces and protesters continued on Tuesday after the Tunisian president ordered the freezing of parliamentary powers, with security forces arresting five protesters, one of whom was later released. given.
According to Tunisia’s media, al-Qaeda province has been stirred with protesters in the province, protesters were burnt on the streets and were tightened on security forces, while tears gas was used to disperse protesters by security forces.
It should be noted that there were demonstrations in Tunisia on Friday in support of President Qais Saeed’s decision to deprive the parliament of its rights, while protests against the decision were held in several places.
Tunisia’s president has announced that the powers of parliament will be frozen until early elections on December 17, 2022. Following the announcement, there are demonstrations in support and opposition to the president’s decision.