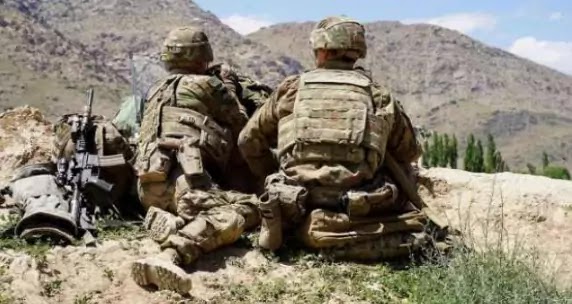 China plotted to assassinate US troops fighting in Afghanistan

China has offered money to armed groups to attack US forces in Afghanistan, US officials say

Washington (10bmnnews Latest News) The United States came to Afghanistan to fight terrorism with great pride and its departure is happening with such humiliation that it hastily signed a peace agreement and its own withdrawal of troops has begun. Meanwhile, reports have surfaced with full evidence of atrocities by the US and Australian forces in Afghanistan, on which the Australian military has punished the officers involved, while in the United States there is still no such thing. The action could not be taken.

However, rumors are now circulating in the United States that China has conspired to kill US troops in Afghanistan. A senior US official says China has offered money to armed groups to attack US forces in Afghanistan.

The news about the offer of financial support to terrorists for the attack on US forces in Afghanistan was the first broadcast by a US website, according to which US officials are trying to verify the intelligence report through various sources. In a weekly briefing, the Chinese Foreign Ministry spokesman called the allegations fabricated, false and foolish saying that China has always pursued a policy of peace instead of war while China has never interfered in Afghanistan’s internal affairs. No, he appreciated the peace process in Afghanistan.

Earlier in June, a report said that a Russian intelligence officer had offered money to extremist groups as a reward for killing US and British troops in Afghanistan. No one has yet been able to provide evidence of the reports. However, the United States has now begun withdrawing its troops from Afghanistan after the peace deal, and there will be a complete withdrawal of US troops from Afghanistan this year.