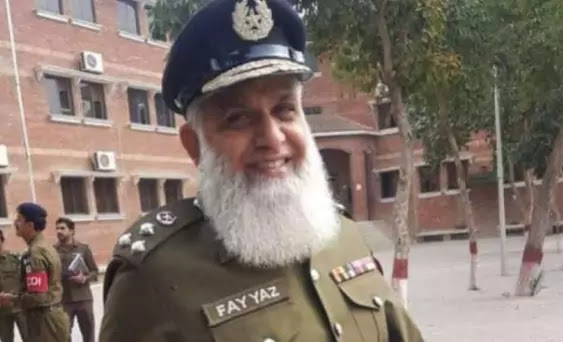 Lahore- CCPO Lahore was removed from office. According to details, the Lahore police chief has been removed from his post.
According to media reports, a notification has also been issued to remove CCPO Lahore Fayyaz Ahmed Deo from office. Fayyaz Ahmed Deo has been directed to report to the federation after being removed from the post.
It may be mentioned here that a few days ago, there were reports of a possible replacement of the Punjab Police Chief. Punjab has decided to replace Rao Sardar, it was informed that the current IG Rao Sardar is accused of refusing political interference, under which he is being replaced, 3 names have been sent to the federal for the new IG Punjab. These names include Inam Ghani, Amir Zulfiqar, and Fayyaz Dev. However, no further progress has been made in this regard