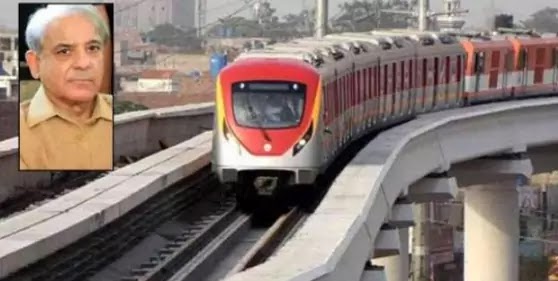 Defective materials were used during the construction of the project, the project was not even formally approved Shahbaz Sharif era major corruption scandal came to light

It has been reported that the Credit Commission report revealed that even before the Orange Line Metro project was started the contractor was paid Rs 15 billion against the rules of the Public Procurement Regulatory Authority.

During the construction of the project, PAPRA rules were violated in several stages. It was also revealed that no approval was sought from the board of LDA in Lahore before starting the project. According to sources, the commission is trying to get more evidence of alleged corruption in the project but the bureaucracy is obstructing the commission’s access to complete documents.

Therefore, the Commission of Inquiry has decided to send the preliminary report on the Orange Line Metro project to the Prime Minister. It should be noted here that the Orange Line Metro Train project being constructed in Lahore proved to be the most expensive project in the history of the country. initially the cost of the project was estimated at Rs 2 trillion but then the project was completed with a delay of 2 years at a cost of about Rs. 300 billion