Skip to content
HomeLatest NewsBe ready to apologize Nawaz Sharif sent a message to the important person
Spread the love
Nawaz Sharif said that he guarantees not to say anything against you, Maryam Nawaz has not said anything against the army chief in the last one month. Senior journalist Arif Hameed Bhatti claims. 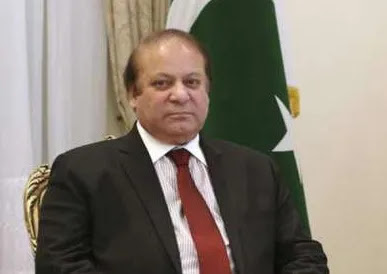 Lahore – senior journalist Arif Hameed Bhatti has claimed that former Prime Minister Nawaz Sharif called the important person and said that we are ready to apologize. “Nowadays a new statement is coming that Shahbaz Sharif is being brought to Punjab and PML-N understands that the red carpet is ready and we will go straight to the Prime Minister’s House or the Chief Minister’s House he said.
Leading analyst Arif Hameed Bhatti while presenting the analysis said that according to my information, a message was sent to the most important person from Nawaz Sharif that we are ready to apologize. Nawaz Sharif said that we guarantee that against you. They will not speak and for the last one month, they have proved it by remaining silent. In the last one month, Maryam Nawaz has not said a word about the Army Chief.
He also spoke against DG ISI Faiz Hameed outside the Islamabad High Court. He said that this page was torn by Imran Khan himself. Nawaz Sharif also had to flee the country with an excuse. See what else he said.

Arif Hameed Bhatti further said that a few days before today, on the 5th, a PML-N leader called London and said, You announce my presidency.
Arif Hameed Bhatti pointed out that the PML-N leader has also been convicted. He requested that my presidency be announced. It is being said that there was a lot of tension on this issue. The party should be hijacked and given to Maryam Nawaz. He further said that Nawaz Sharif has also consulted a retired judge. Nawaz Sharif asked if Maryam Nawaz could be made president or not, he was told no