Skip to content
HomeLatest NewsBalochistan; A light-weight plane crashed in Awaran killing the pilot
Spread the love
Pilot Qazi Ajmal flew from Karachi and entered the territory of Balochistan. Meanwhile, Qazi Ajmal’s plane crashed into a mountain and crashed. 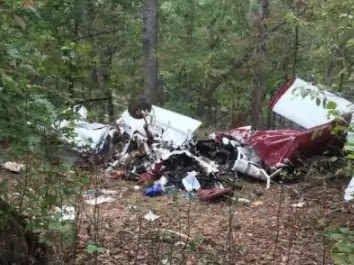 Karachi – A lightweight plane ‘Zero Copter’ crashed in the Awaran area of ​​Balochistan province and the instructor pilot of the plane died on the spot. Pilot Qazi Ajmal flew his from Karachi. Qazi Ajmal’s plane crashed into a mountain while entering Balochistan.
According to media reports, Qazi Ajmal, a pilot working for the Wildlife Department of Balochistan, flew his jet helicopter from Karachi and entered the territory of Balochistan but disappeared while flying in the area of ​​Kand Malir. Meanwhile, Qazi Ajmal’s plane crashed into a mountain. The wreckage of the plane and the body of the pilot was found.
On the other hand, a passenger of a private airline flying from Karachi to Islamabad narrowly escaped the accident. The plane flying from Karachi left for Islamabad with 150 passengers.
While the plane was landing at the airport after arriving in Islamabad, the birds collided with the plane at the same time. The birds collided with the landing gear of the plane which caused damage to the plane. However, No passenger was harmed in the incident while a team of engineers, after assessing the damage to the plane, declared the plane clear and sent it to Karachi.
It should be noted that in recent times, there has been an increase in the number of birds colliding with aircraft at busy airports in Pakistan. This, in turn, increases the likelihood of birds colliding with aircraft