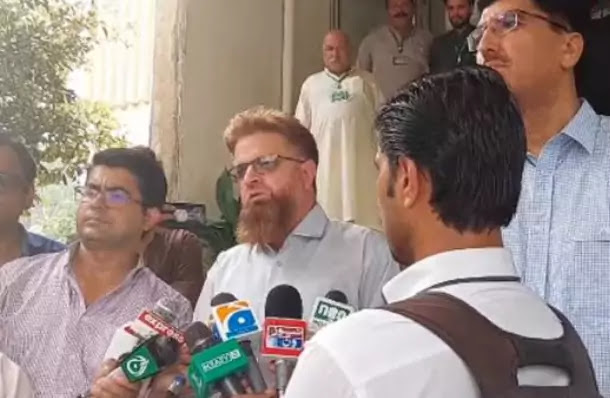 Muzaffarabad – Secretary Election Commission Azad Kashmir Muhammad Ghazanfar Khan has rejected all allegations of rigging and low turnout in Azad Kashmir elections.
Rejecting the allegations of PML-N and PPP, according to private TV, Secretary Election Commission of Azad Kashmir Muhammad Ghazanfar Khan said that there was no truth or evidence in the allegations of fraud, except for a few constituencies, the voting was peaceful. No constituency closure or incomplete report was received from any constituency but regretted the loss of precious human lives, those responsible will be severely punished.
The Secretary Election Commission said that the polling process continued peacefully without any interruption from 8 am onwards. Overall, the law and order situation remained satisfactory. Out of 5118 polling stations, only 16 polling stations had minor problems. Division 9, Mirpur Division 5, and Muzaffarabad Division 2 polling stations had minor problems. Overall, 99% of polling was peaceful.