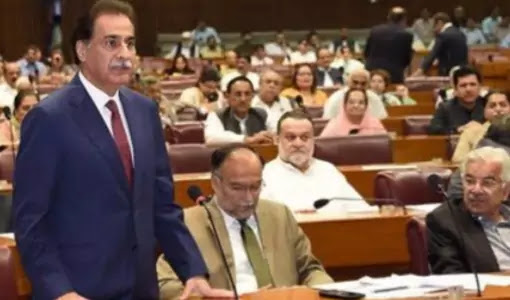 ISLAMABAD – Pakistan Muslim League-Nawaz (PML-N) leader and former Speaker National Assembly Ayaz Sadiq has claimed that former President Asif Ali Zardari also wants new elections. He said that Asif Ali Zardari himself had told me that whatever government he would form in this parliament, he would spoil himself.
He said that Asif Ali Zardari had told me that no one party can solve the problems of Pakistan. Everyone has to work together. Ayaz Sadiq said that PML-N has links with all three factions of MQM, GDA, and Baap Party.
On the question of the no-confidence motion, Ayaz Sadiq said that no-confidence motion. He said that now all the opposition parties have to decide when to present this motion. He said that a staggering number of PTI members are with us. But we will not fight on PTI ticket