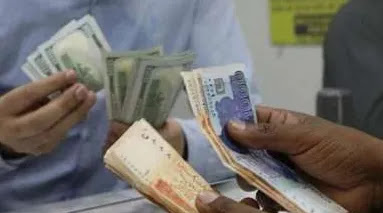 ISLAMABAD – The staff of private banks was involved in the continuous appreciation of the dollar. According to details, banking sources said that the SBP has credible reports of fluctuations in the value of the dollar.
Unnatural buying and selling of the dollar reached the highest level in the history of the country. Sources said that the Governor SBP summoned the presidents of all the banks and reprimanded them while instructing the presidents of the banks to take strict action. The SBP directed all banks to monitor such employees with disciplinary action.
The SBP directed that the computer and phone records of the suspected bank employees be checked.
The rupee is also likely to stabilize after strict instructions were issued to banks. It should be noted that last week the dollar had reached the highest level in the history of the country at 175 rupees 65 paise. It is worth mentioning here that in view of the continuous rise in the value of the dollar, inflation was also increasing day by day. The Pakistani rupee appreciated the second day in a row in the currency market during the current business week.
The dollar depreciated against the rupee on Tuesday in the interbank and local open currency markets, after which the dollar fell below Rs 175 in the interbank market and below Rs 176 in the open market.

Referring to the declining value of the dollar, experts said that record remittances from Pakistanis abroad in October also eased the pressure on the Pakistani rupee in the market. The currency market is also witnessing a declining trend due to the prospect of billions of dollars.