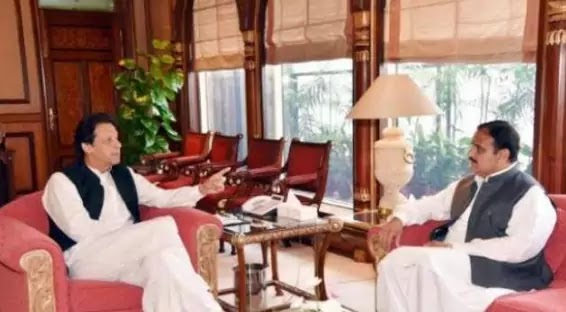 As the threat to the opposition diminishes the hidden differences between the government and the establishment are more likely to emerge.

The Establishment has long been pointing out the shortcomings of the Federal and Punjab Governments. Columnist Sohail Warraich

ISLAMABAD (10bmnews Latest News) After the delay in the issue of resignations, the possibility of the immediate collapse of this system has been eliminated, now the opposition will have to create a new environment, a new movement again. Have to pick up These views were expressed by senior journalist and columnist Sohail Warraich. In his recent column, he said that as the threat to the opposition has diminished, the hidden differences between the government and the establishment have increased. If so, the internal battles are suppressed.

He said that the real test of the government has now begun. The Establishment has been pointing out the shortcomings of the federal and Punjab governments for a long time. At the same time, it is citing strategies for improving the situation. Apart from consultations, it has taken the attitude of listening from one ear to the other and ignoring other important policy issues. It seems that the government will either have to change this policy or things will get worse with its establishment. Are

He said the PPP would not use the option of resignations unless it was convinced that their resignations would paralyze the entire political structure and that there would be general elections, not by-elections. The present government has completely failed in delivery. If the supply of sugar is fixed, then the flour has become scarce. If the price of potatoes is reduced, then the price of onion goes up. There are no creative ideas or visionary programs, so there are serious questions about the governance of the current government.

The issues of Pakhtunkhwa and Punjab are not satisfied in Rawalpindi and there have been occasional objections to the style of governance in both the provinces. Half the term of the present government has passed as if the journey of decline has begun. Governments usually implement projects for the first year and a half and inaugurate them by cutting the ribbon for the last year and a half.

This is what the PML-N did set up power plants and built motorways and then inaugurated them in the last years and decorated their medals on their chests. Criticizing the present government, Sohail Warraich said that the present government has neither implemented nor planned any major projects in the first two and a half years, so this government is only involved in day-to-day affairs. Will

In the future scenario, it will be difficult to ignore the PML-N with regard to Punjab and prioritize the PTI again, so at least as far as Punjab is concerned, there is a possibility of talks with the PML-N reconciliation group. He said that there would be some understanding from the PML-N resistance group before the next election only then the system of the future would be able to function. He added that the reluctance of the opposition and the PDM for their strategy has clarified the political blueprint for the first quarter of 2021.

It now looks like there will be Senate elections, political tensions, and the system will continue to run, but now all hopes for change are on the line that is likely to come in the relationship between the government and the establishment. The government acted prudently, if it shows flexibility, that stage may not come, but if it remains stubborn, the possibility of breaking will increase.