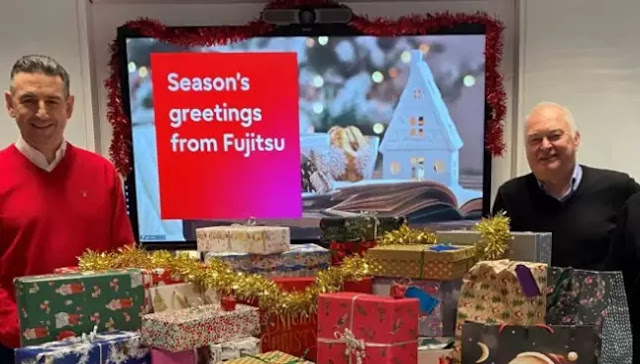 LONDON – Gift hampers distributed on the occasion by SSAFA, a charity of the Armed Forces, brought smiles to the faces of veterans and their families. The charity distributed items worth a total of more than 377,000 to financially distressed veterans and their families, but the charity expects an increase in the number of people receiving aid during the winter.
The Charity has appealed to individuals and families seeking assistance to contact them for assistance. Efforts will be made to support them through various initiatives and efforts, including the charity’s corporate partners Boeing and Cedex.
The charity, meanwhile, continues to distribute gift packs in other areas, including Hertfordshire, Devon, and Edinburgh. SSAFA’s branch in Devon Edge UK is partnering with Devon to produce 110 gift packs worth 12,000. During the first week of December, 260 Christmas bags were distributed in Edinburgh, including 6,000 essentials and some other items.
Most of the items were purchased by friends and volunteers and distributed through Billy Walker and Gordon Lotto, said Walter Gallagher, chairman of SSAFA’s Edinburgh and Lothian branch.
He said that we are in constant touch with the needy and the whole community and are always ready to help them. Charity volunteers Barbara and David Newton in Hertfordshire created 10 gift packs of Christmas puddings, chocolates, and biscuits. You guys have put a smile on our faces over the last nine months said the woman who received the gift. Other recipients of the gift pack also thanked SSAFA.
In addition, 33,690 meals have so far been distributed to veterans and their families through a food bank launched last year by the organization in Staffordshire and Newcastle.
He said that some members of the Armed Forces community and their families were facing financial difficulties on the eve of Christmas. I urge such people not to suffer in silence because now SSAFA is there to help them and their families he said. Because they have defended the motherland and the whole nation is proud of their sacrifices
Read more: French first lady decides to prosecute those who spread rumors against her