Skip to content
HomeLatest NewsAnnounce my presidency Nawaz Sharif got a call from London
Spread the love
The convicted leader called London and asked for the presidency. Nawaz Sharif also consulted a retired judge who said that Maryam Nawaz could not be made president. Senior journalist Arif Hameed Bhatti claimed. 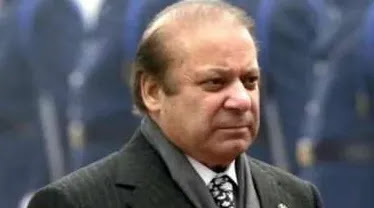 Lahore – senior journalist Arif Hameed Bhatti has claimed that a few days ago a key leader of PML-N called London and said that announce my presidency. According to the details of well-known analyst Arif Hameed. Bhatti, while analyzing the political situation in the GNN program, said that a few days before today, on the 5th, a PML-N leader called London and said You announce my presidency.
Arif Hameed Bhatti pointed out that the PML-N leader has also been convicted. He requested that my presidency be announced. It is being said that there was a lot of tension on this issue. The party should be hijacked and given to Maryam Nawaz. He further said that Nawaz Sharif has also consulted a retired judge.
Nawaz Sharif asked if Maryam Nawaz could be made president or not, he was told n

It should be noted that Maryam Nawaz is the Vice President of PML-N who pursues aggressive politics like her mother. When Maryam Nawaz was in the custody of NAB, she did not compromise or soften her aggressive policy. Even during the appearance of Maryam Nawaz in the NAB court, slogans were being chanted against the Establishment and other institutions. It was reported that these slogans were chanted on the instructions of Maryam Nawaz and Pervez Rashid.
When the slogans against the institutions started, Yousuf Abbas tried to stop them immediately but Captain (R) Safdar and Maryam Nawaz silenced them. On the other hand, Shahbaz Sharif presides over the party and he takes a soft stand. Institutions are not even criticized by Shahbaz Sharif.