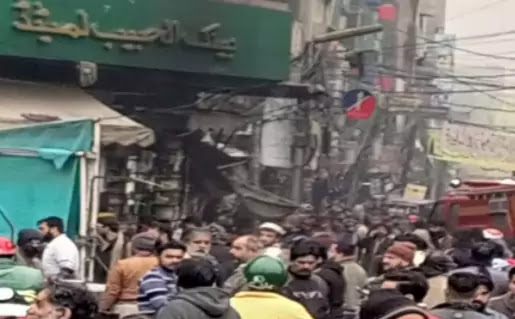 Lahore – A case of blast in the Pan Mandi area of ​​Anarkali has been registered in the CTD police station.
The case has been registered in the suit filed by Inspector Abid Baig. According to the lawsuit, investigative teams found ball bearings and other materials at the scene. During the sabotage, motorcycles and other belongings were destroyed by fire. 3 unknown terrorists have been mentioned in the case. IEDs were used to carry out terrorist acts. The terrorists came on a motorcycle to carry explosives
The Anarkali blast killed three people and injured 29 others, including a nine-year-old child.