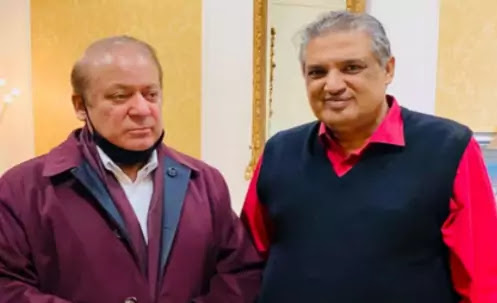 London – Leading analyst and senior journalist Sohail Warraich has confirmed that PML-N leader Mian Muhammad Nawaz Sharif is in good health.
Talking to the Geo News program after meeting Nawaz Sharif yesterday, Sohail Warraich said that Nawaz Sharif’s health is absolutely perfect. Apparently, Nawaz Sharif has become weaker than before.
It should be noted that Nawaz Sharif had gone to London in 2019 for treatment. Pictures and videos of him eating and walking in various restaurants from London often come to light which has led to criticism from government circles.
On the other hand, the government has appointed well-known doctors to investigate Nawaz Sharif’s medical reports. A high-level committee has also been formed