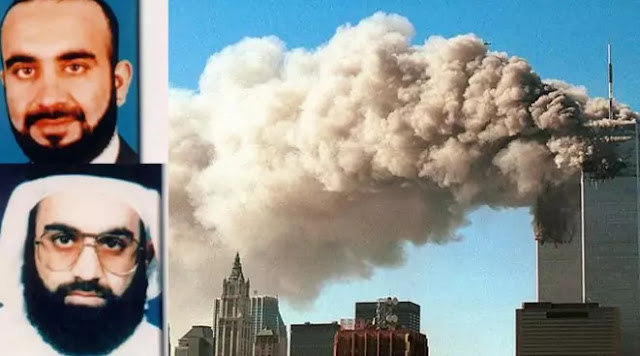 US prosecutors have begun negotiating a plea agreement to save Khalid Sheikh, accused in the 9/11 attacks, from the death penalty.
According to foreign media reports, US prosecutors have begun negotiating a petition with the terrorist and 9/11 mastermind Khalid Sheikh Mohammed and four others currently being held at Guantanamo Bay.
It is said that as a result of this move, his death sentence could be commuted to life imprisonment.
The New York Times, citing people with knowledge of the talks, said in a report that prosecutors had talked to Khalid Sheikh Mohammed and his co-defendants in defense of their lawyers in exchange for a life sentence. Has started
According to a report, Khalid Sheikh Mohammed, the mastermind of the 9/11 terrorist attacks, and his four accomplices who planned the attack could have escaped the death penalty after talks with prosecutors.
Khalid Sheikh Mohammed, a Pakistani national, was born in Kuwait and was arrested in Pakistan in 2003, and transferred to Cuba’s Guantanamo Bay prison, where he was later charged.
Khalid Sheikh’s letter to Obama:
Khalid Sheikh Mohammed, the alleged mastermind of 9/11, in a letter to former US President Barack Obama, blamed the US for the attack.
The 18-page letter was written by him in January 2015 but was sent from Guantanamo Bay to the White House in the last days of Obama’s presidency following a military judge’s order.
Khalid Sheikh Mohammed wrote in his letter that “it was not us who started the war against America on September 9, 2001, it was you and dictators like you.”
In the letter, he called President Obama the leader of snakes and said he was the ruler of a tyrannical country.
Khalid Sheikh wrote in the letter that he is not afraid of death or life imprisonment. In his letter, Khalid Sheikh Mohammed, a Pakistani born in Kuwait, pointed out the US intervention in various countries around the world. His main focus was on Pakistan.
In the letter, he specifically targeted Israel and mentioned it 39 times.
What is the 9/11 tragedy?
The 9/11 attacks were the second-largest attack on American soil since World War II, after Pearl Harbor hijacked a passenger plane and crashed into the Pentagon, a more than 100-story World Trade Center and military base in New York. went.
As a result of this horrific attack, about 3,000 people were killed and about 6,000 were injured.
The World Trade Center, a symbol of America’s economic growth, could not withstand the onslaught of the terrorists and collapsed on the spot.
This horrific scene of fire and blood was telecast live on TV channels all over the world which shocked and frightened the whole world.