Skip to content
HomeLatest NewsAfter her marriage to Malala, her husband Asir Malik released the first message
Spread the love 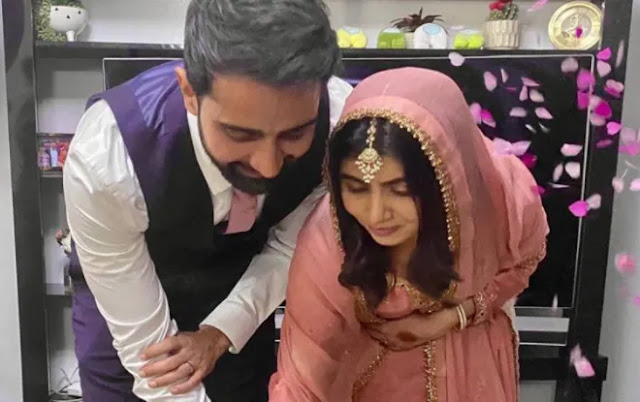 Birmingham – Asir Malik, husband of Nobel laureate Malala Yousafzai, released the first message after marriage.
Asir Malik has shared a post-wedding photo with his newlywed bride in which both are seen cutting cakes. In his message on Twitter, Asir Malik said that he has found Malala’s most helpful friend, a beautiful and kind companion, and he is excited to spend the rest of his life with her.
He also thanked those who congratulated him on his marriage. Asir Malik termed the cutting of cakes as a tradition of the Pakistan cricket team and said that they have followed the same tradition because green shirts also cut cakes after winning a match.
It may be recalled that Malala Yousafzai and Asir Malik were married in Birmingham yesterday. The ceremony at Malala’s house was attended by the bride and groom’s family. It may be recalled that Asir Malik is the General Manager of Pakistan Cricket Board’s High-Performance Center

In Malala, I found the most supportive friend, a beautiful and kind partner — I’m so excited to spend the rest of our life together.

Thank you all for the wishes on our Nikkah. In following our cricket team’s tradition, we had to do a victory cake cutting. pic.twitter.com/KSGQOHsY64