Taliban leader Mullah Hebatullah will head the country, with the president or prime minister running the country’s administration: Afghan broadcaster 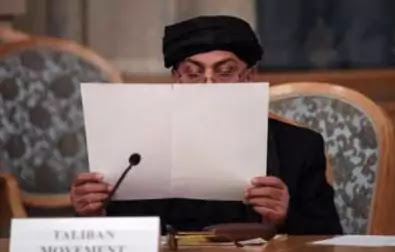 Kabul – The new head of Afghanistan has been elected. According to the details, the Afghan broadcaster has claimed that Mullah Hebatullah, the leader of the Afghan Taliban, will be the head of the country, under whom the president or the prime minister will run the administrative affairs of the country. Consultations with the Taliban’s top leadership on the formation of a new government have been completed and will be formally announced soon.

On the other hand, an American TV channel has also claimed that the Taliban, as the Iranian government, will nominate the leader of their group, Habibullah Akhwanzada, as the Supreme Leader. The Taliban are interested in an Iranian-style government in which the president and cabinet are present, but the supreme leader, as a religious leader, has all the power and can call the president’s orders ineffective.

The Supreme Leader is the most powerful voice in all decisions. Taliban leader Habibullah Akhwanzada will head the Supreme Council, which will consist of the Taliban and their allies. It was further stated that Mullah Hibatullah will fulfill his responsibilities from Kandahar. Regarding the formation of a new government in Afghanistan, Taliban spokesman Zabihullah Mujahid said that the three-day meeting of the Supreme Council was held in Kandahar under the chairmanship of Taliban leader Mullah Hebatullah Akhundzada.

The meeting discussed in detail the current political and security situation of the country as well as other issues. According to Zabihullah Mujahid, the meeting decided to provide basic facilities to the citizens and treat them well. ۔ He said that important decisions regarding the formation of a new Islamic government and cabinet have also been taken in the meeting.