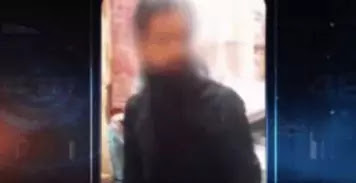 Gujranwala – A burqa-clad youth was caught doing obscene acts with women in the bazaar. He was teasing women in the guise that he was identified as a man.
After which he first climbed into the hands of the citizens who beat him severely and then he was handed over to the police.
According to sources, similar complaints had been received about the youth in the past but the obscene youth was not being caught by the law.
Cheema said that a petition has been received against a man named Omar Adeel for allegedly engaging in lewd activities while wearing a burqa.
Kotwali police have registered a case against the resident of Daska and sent him to jail on judicial remand. A half-naked young man in a burqa was tortured by civilians.
According to police, the youth was walking in Liaqatabad market in a burqa without paint and was doing obscene acts when he saw women.
Citizens handed over the youth to the police for torture. According to the police, the youth was walking in the market in his burqa without paint, while the accused kept his paint on the driving seat of a parked car.
He further said that the accused was walking around in such a manner to make obscene gestures with the women, after which the citizens beat him on identification.