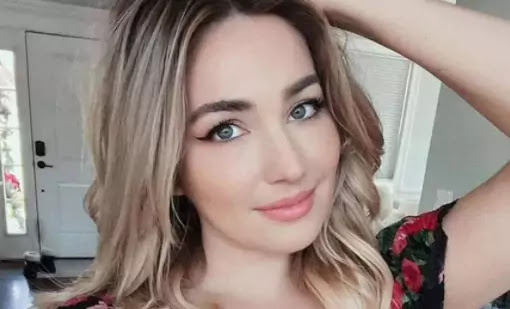 NEW YORK (Monitoring Desk) – A woman involved in the unique business of selling body odor has been rushed to hospital in a cycle of excess gas in her stomach. According to Mail Online, this 31-year-old woman named Steve Mato is from the US state of Connecticut.
He gained fame from the reality TV show ’90 Day Fiance ‘and after that, he took up the amazing and ugly profession of selling by packing the stench coming out of his body in a jar.
According to the report, Steve says that on the adult website Unfiltered, his fans themselves demanded the stench from which he decided to start this business. She would put it in the jar and then close it and send it to her customer.
She received 1,000 per jar. By now she had made 200,000 from the business. Due to her occupation, she had to make more gas in her stomach, so she used more fiber-rich foods.
According to the report, Steve used eggs, beans, and protein shake as much as possible because these things made the body gas more and its stench was more intense. He suffered severe chest pains and was rushed to a hospital where doctors treated him and discharged him with instructions to change his diet.
The gas caused me so much pain in my chest that I felt like I was having a heart attack,” he said. Now following the doctor’s advice, I will have to change my diet, as a result of which my business will also close.
Read more: Save me from Orange Marriage A young Muslim man in the UK put up a billboard on the need for a relationship