Skip to content
HomeLatest NewsA woman refuses to take a degree from Shahbaz Gul during the convocation of Lahore College for Women University
Spread the love
Samanabad College Associate Professor of Political Science was to receive a Ph.D. degree, is a relative of female league leader Khawaja Saad Rafique, claims Special Assistant to the Prime Minister 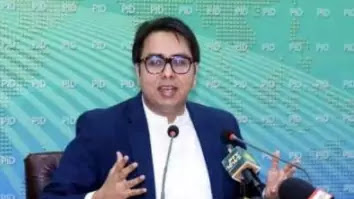 He said that the woman who did not come from home today to get her degree is dear to Khawaja Saad Rafique Sahib. This woman belongs to your party. The use of students for such lousy politics is regrettable