A raped girl was abducted in Lahore - 10bmnews Skip to content
Accused first raped the girl, kidnapped the girl when the family did not reconcile 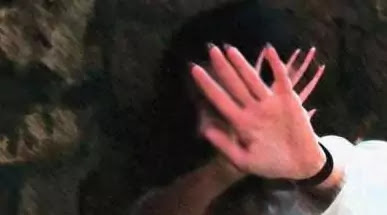 Lahore – A 14-year-old girl was raped in Kot Lakhpat. A 14-year-old girl was raped by the accused in the neighborhood a few days ago. Police enlisted an instance of assault and captured the denounced.
The girl was abducted by the accomplices of the accused of not reconciling. The heirs have also protested. Police have registered a case of rape and abduction of the girl but the police are backing the accused. Police arrested Are giving protocol to the accused in the police station.
The protesters have demanded justice from the top police officials. On the other hand, CCPO Ghulam Mehmood Dogar has demanded a report on the incident from SP Investigation Model Town.
On the other hand, three women, including two female relatives, were allegedly raped after being abducted in different incidents.
Liaqat Ali, a resident of Mohalla Usman Ghani area of ​​Ghulam Muhammadabad police station, while registering the case, told the police that his 22-year-old daughter (M) and niece (Sh) went from home to attend madrassas. Imran’s 15-year-old daughter (M), a resident of Mohalla Usman Ghani area of ​​Ghulam Muhammadabad police station, was allegedly abducted from her home by her neighbor and taken to an unknown location for alleged rape. The police registered a case against the accused and initiated legal action against them