Skip to content
HomeBreaking newsA new species of corona that has spread to Africa has been dubbed Omekron
Spread the love
Never seen such a dangerous strain of corona before, vaccinated people can be infected with it, experts who observed the new strain of the virus were surprised. 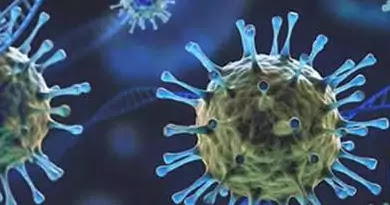 New York – The new type of corona that has spread in Africa has been named “Omicron”. According to the details, an emergency meeting was called by the World Health Organization after the discovery of a new and dangerous type of coronavirus in South African countries. A statement issued after the meeting called the new Corona variety Omicron

The Technical Advisory Group on SARS-CoV-2 Virus Evolution met today to review what is known about the #COVID19 variant B.1.1.529.
They advised WHO that it should be designated a Variant of Concern.
WHO has named it Omicron, in line with naming protocols https://t.co/bSbVas9yds pic.twitter.com/Gev1zIt1Ek

According to foreign media reports, British experts have described “Omekron” as the most disturbing type of coronavirus ever.
“Omicron” is the fifth strain of the coronavirus to emerge so far, which has caused a stir around the world. All the major stock markets in the world fell after the news of the spread of Omekron, while the world market saw the biggest daily decline in crude oil prices in a year and a half.
According to a report published in the private TV channel Geo News quoting “Omicron”, the observers of “Omicron” were shocked. Can be affected by Experts say that “Omicron” has undergone so many changes compared to the original coronavirus that corona vaccines made so far can reduce the effect of this type of virus by up to 40%.
Experts warn that “Omekron” could cause the world to face the fourth global wave of Corona by next December. In all these circumstances, most of the countries of the world have started emergency measures. Many Asian countries, including Saudi Arabia, the United Arab Emirates, and European countries, have immediately imposed travel bans on seven South African countries. These countries include South Africa, Lesotho, Botswana, Namibia, Swatini, Zimbabwe, and Mozambique.