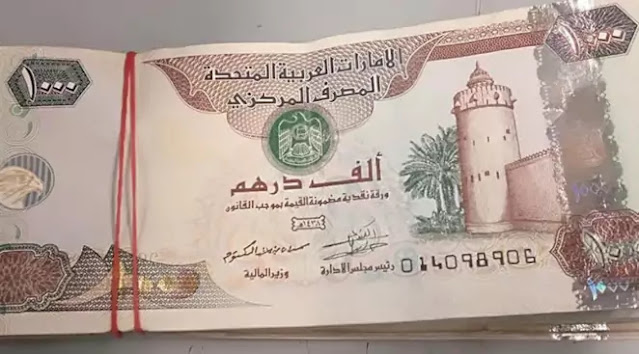 Airport Security Force (ASF) personnel recovered 50,000 UAE dirhams from the possession of a passenger traveling from Islamabad to Dubai. The accused was trying to smuggle the money out of the country illegally.
According to an ASF spokesman, a search of Ataullah, a passenger on a PIA flight from Islamabad Airport to Dubai, turned up foreign currency during a scan of his luggage.
According to the spokesman, the currency was hidden in the bag by the passenger. However, ASF personnel foiled the money laundering attempt by searching the passenger’s luggage and recovered 50,000 UAE dirhams.
According to the ASF spokesperson, the confiscated foreign currency is worth about Rs. 2.4 million in Pakistani rupees.