Skip to content
Home Latest News A man was arrested for spreading snow on the road in Murree and creating problems for tourists
The accused used to spread snow on the road with the help of his accomplices and then after getting stuck in the vehicles he would get huge compensation for reconnaissance from his jeep. 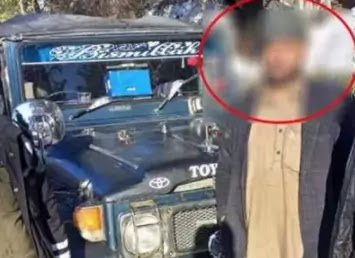 Murree – A man was arrested in Murree for creating problems for tourists by spreading snow on the road. According to details, Murree police have arrested a local man for trapping and robbing tourists following complaint videos posted by tourists on social media.
According to the report of private TV channel ARY News, the arrested accused used to spread snow on the road by himself with the help of his accomplices, and then after getting stuck in the vehicles, he used to receive huge compensation for reconnaissance from his jeep.
Upon learning of the incident, the action was ordered against the said person after which the police found the accused and arrested him. Police have also seized the accused’s jeep.
On the other hand, action has been taken against some local hotels in Murree for demanding higher fares from tourists during stormy snowfall in Murree. A hotel has been sealed off for taking advantage of the tourists’ compulsion and charging them more in rent.
Deputy Commissioner Rawalpindi took action after investigating the complaint on social media. It may be recalled that the Punjab Chief Minister Sardar Usman Bazdar had yesterday ordered Commissioner Rawalpindi to take non-discriminatory action against overcharging hotels. In this regard, Punjab Chief Minister Sardar Usman Bazdar said that overcharging is not a business but a form of looting which is absolutely intolerable.
He said that the administration should ensure sale and purchase at tourist places as per the rate list and those returning to tourist places would not be forgiven.
It may be recalled that due to heavy snowfall in Murree, the life system was paralyzed. In such cases, extra charges were levied on tourists at local hotels while the rent of one room was also increased by thousands of rupees. He demanded notice from the administration and action