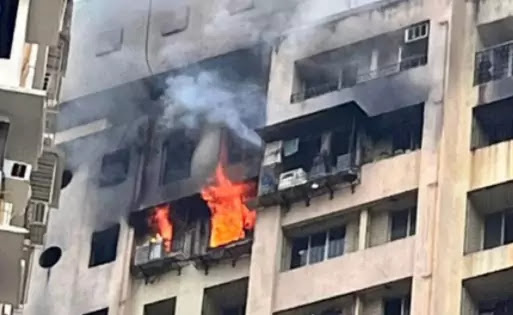 MUMBAI – A fire broke out in a 20-story building in the Indian city of Mumbai this morning, leaving seven people dead and several others injured.
Indian media reported that the fire caused by the short circuit was so intense that clouds of flames and smoke could be seen from several kilometers away. The fire broke out in the building, injuring 25 people, three of them in critical condition, while several others succumbed to suffocation due to smoke.
The fire broke out in a 20-story building in Mumbai’s densely populated area. The fire in the building on the 18th floor of the building has been brought under control with the help of fire engines after several hours of effort. The mayor of Mumbai while talking to Indian media said that all the occupants of the building have been rescued.