Skip to content
HomeLatest NewsA decision was also taken on the petition which was not received from the Islamabad High Court.
Spread the love 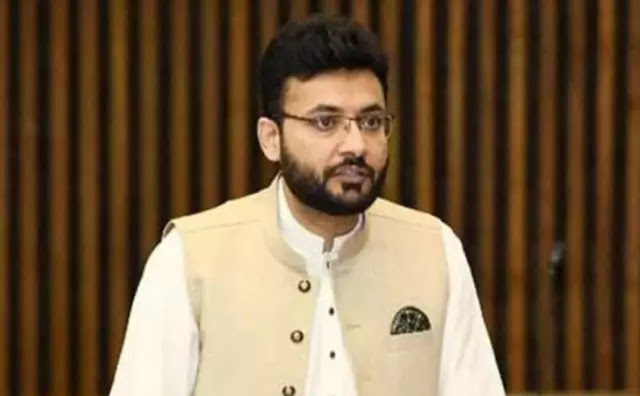 ISLAMABAD – Talking to media outside the Election Commission, Farrukh Habib said that the committee for one party remains inactive for four months and the case of only one party is taken forward. No, it was decided.
The prohibited foreign funding case was heard by a three-member bench of the Election Commission headed by the Chief Election Commissioner. Talking to media outside the Election Commission after the hearing, PTI leader Farrukh Habib said that the committee for one party remains inactive for four months, date of one month is given and only one party’s case is taken forward.
We do not object to the decision of the Islamabad High Court, but it is not possible for you to act against the discriminatory order without the Supreme Court, checking the accounts of all political parties. Yes, but the case of PPP and PML-N is not moving forward
Farrukh Habib said that there is no account of Rs. 65 crore here, PPP has not given an account of Rs. Referring to the decision that all political parties, especially the PML-N and the Pakistan Peoples Party’s scrutiny cases should be carried out on a daily basis, these cases also have to look at the same law, the law book does not change here, According to the Political Parties Order, all political parties have to disclose their assets and sources.
That is why all political parties submit their statements. You have money from Osama bin Laden, PML-N and PPP have been using party accounts to launder money.
Farrukh Habib further said that the Election Commission is a constitutional body but it will not be the case that our cases go on a fast track, we have a record of our donors, are the first political party to raise political funds.