Skip to content
Home Latest News A call came from the officials and you went to bed Sheikh Rashid threatened Bilawal in return
If there is any reason for Mai to come and interfere in the OIC conference, then show it. 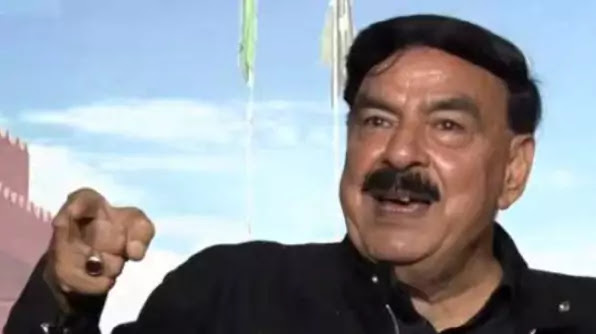 Islamabad – A call came from the responsible persons and you went to bed, someone is the cause of Mai. He threatened to retaliate if the OIC did not allow the meeting to take place.
According to details, Federal Interior Minister Sheikh Rashid threatened to retaliate against PPP Chairman Bilawal Bhutto Zardari for not allowing the OIC meeting to take place.
Talking to the media in Islamabad, Sheikh Rashid while reacting to the threat of Bilawal Bhutto Zardari said that a phone call came from the responsible persons and he went to bed. He said that if someone came to interfere in the OIC conference and showed it, his screams would reach the sky.
The Home Minister said that the ambassadors of 22 countries had expressed concern over Bilawal’s statement. That minus one is nobody, if Imran Khan is minus then who is behind, I advise the deviant members of PTI to come back to the party with money from the opposition.
On the other hand, Allama Tahir Ashrafi, Special Representative of Prime Minister Imran Khan for Religious Harmony, said that he was surprised and saddened to hear Bilawal’s statement about the OIC meeting. In a statement, Allama Tahir Ashrafi said that the OIC meeting was not of the government.
This is an event of the state of Pakistan, Bilawal should not have said this at such a time. Allama Tahir Ashrafi said that both the decision party and the resistance are engaged to stop the parade till March 24.