Skip to content
HomeLatest News2021 How much gold was seized at airports?
Spread the love 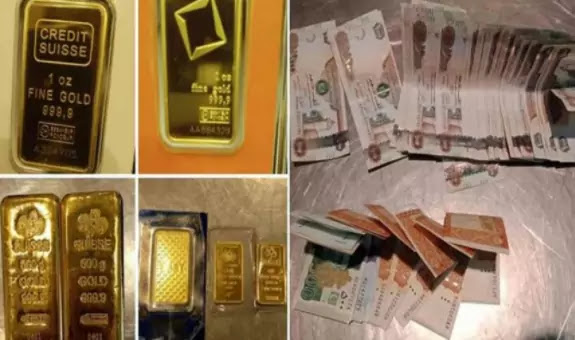 Karachi – Airport Security Force (ASF) has released its performance report for the year 2021, according to which attempts to smuggle goods and drugs worth billions of rupees at airports across Pakistan were foiled and dozens of suspects were arrested. Were arrested
According to the ASF spokesperson, during the year 2021, 26.68 kg of gold was foiled from various airports and foiled. The value of this gold is Rs. 25 crores. In addition, 95 kg of heroin and 54 kg of ice were seized during the operations. 265 bottles of liquor were also seized at the airports
According to an ASF spokesman, attempts to smuggle more than Rs 57 million in foreign currency at airports across the country were also foiled. This currency includes the dollar, British pound, euro, Saudi riyal, and other currencies