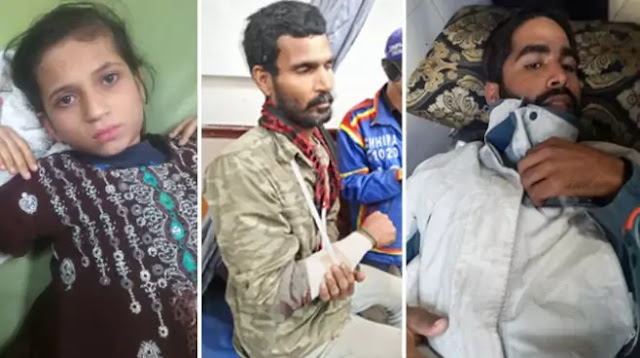 Fifteen people were injured in Karachi due to heavy aerial firing in connection with the year 2022.
The firing incidents took place in Korangi, Azizabad, Liaqatabad, Baldia Ranchhor Line, Sohrab Goth, Predi, Kala Pul, Gulistan-e-Jauhar, Soldier Bazaar, Malir Meat Market, and other areas.
In Karachi, despite the efforts of the police, heavy aerial firing took place on New Year’s Eve. Fifteen people were injured in the aerial firing. Police have arrested several people on charges of firing.
According to hospital sources, the first shot was fired at the Liaquat Chowk area of ​​Azizabad during a celebration in Karachi at the beginning of the year 2020 and was shifted to Abbasi Shaheed Hospital. The other injured was shifted to Civil Hospital from Ghas Mandi in the Ranchhor Line area of ​​the Old City Area. A third injured youth was brought to Jinnah Hospital from the Soldier Bazaar area.
A 10-year-old girl named Iqra was injured in a firing incident in North Nazimabad. Two people were injured when shots were fired under the Sohrab Goth Bridge in the aerial firing that started just before the New Year celebrations.
Two people were also injured in the firing incidents in Defense and Pride. In addition, the car of Rizwan, the president of the Electronic Market Association, was also shot, but fortunately, no casualties were reported.